Kernels on Healthful Goal-Setting from a Kentucky Colonel

I am proud to tell you that since 1980 I have been a “Kentucky Colonel.” The certificate signed by then-Governor John Y. Brown still hangs in my office. Despite this great honor, though, I have never been to the Kentucky Derby. I rarely miss watching that most famous of all horse races on the first weekend of May, however. It is billed as the most exciting two minutes a year in horseracing over the last 138 years, and last weekend’s race was no exception! 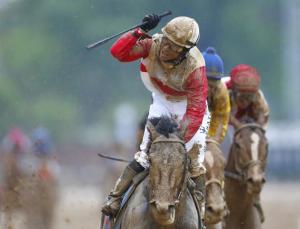 Besides being exciting, the outcome of this year’s race run in the mud and rain gives us a wonderful lesson–perhaps an oft-overlooked one–that we can apply in our business and personal lives: when and how to set goals.

As you probably know, Orb, ridden by the red-hot Joel Rosario, won the race. But the real story centers on Orb’s trainer, Shug McGaughey. In 2004 McGaughey was inducted to the National Museum of Racing and Hall of Fame. But in his 40-year career he had never trained a Kentucky Derby winner.

When interviewed before the race, McGaughey was asked, “What would it feel like to win the Derby?” He replied, “I wouldn’t know until I won it.” Wow, I thought, this man is really squared away. He’s exactly right! I need to know that. 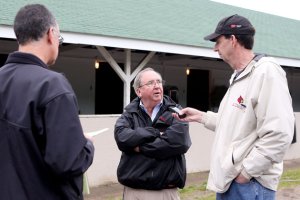 Then I back-pedaled a little. He’s been in the horse-racing world all his life, so how could the legendary trainer not really have had as his life goal, deep-down, the winning of the Derby? How could he not?

After considerable thought, I came back to my original response to Shug’s words. From his comments, I do believe that he sets goals more within his control. Moving slow and steady from one manageable accomplishment to the next, not casting ahead and stressing himself out. It’s a key life lesson, one I learned only later in life. 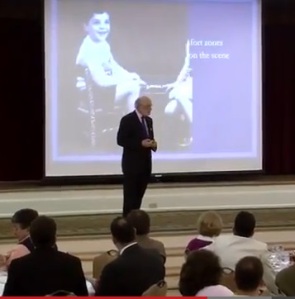 I first started practicing law in the pharmaceutical industry at age 26. I never told my friends that I held as my primary professional goal becoming the general counsel of a major pharmaceutical company by age 40, yet I did so at 42. Now there was much I did to achieve my goal, including becoming a frequent speaker at conferences on various aspects of regulatory law. This consistent work made me fairly well known in the industry’s legal community. But the fact is that reaching my goal, even two years late, was a matter of great luck. It was akin to multiple solar objects aligning at just the right time. I also had great mentors wishing me well, liking my work, and recommending me for key positions and projects in my field.

In retrospect, a far more level-headed approach might have been to have the primary objective of becoming the best lawyer I could be. I did realize that that was a condition precedent to reaching my ultimate goal. But simply working to becoming a great lawyer is more of a quiet, benchmark activity. And, too, becoming highly competent at any calling is more of a continuum than a target. It is much like some folks’ life goal of being “happy.” 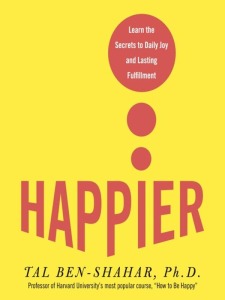 But as Tal Ben-Shahar explains in his landmark book Happier (McGraw Hill, 2007), trying to be happy is an unattainable binary event. Rather, Dr. Ben-Shahar observes that we should live our lives trying to be happier because “its pursuit is an ongoing process best represented by an infinite continuum, not by a finite point.” We simply do the best we can day in and day out and soon, with some years upon our shoulders, we see that looking forward to being happy WAS actually the thing itself: “I was happy every day as I worked for the illusive day I would arrive at Happiness! Wow—the joke’s on me—but it’s a good joke and I don’t mind it a bit!”

Another positive by-product of choosing a performance benchmark—working at what you can control and enjoy day by day, rather than measuring your worth by having material, stated, factual goals on paper and hundreds of business cards on the ready in your desk drawer–is that you won’t find yourself reaching a goal only to find you regard your accomplishment simply as a stepping stone to the next defined goal. In that way, the “next” ineffable goal becomes more powerful in your mind than enjoyment of completing a contributory task well today. Always casting ahead, rarely appreciating your accomplishment in the here and now? Hardly a nurturing exercise. Hardly stressless. 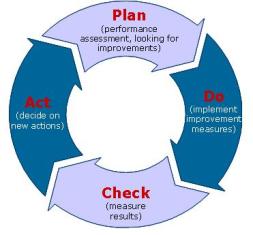 So how to prioritize what steps we follow in becoming successful? There’s a hazard in this, though. Will we fall into another binary dilemma? Do we choose stressful, stair-step goal-setting, with “everybody” measuring our results monthly or quarterly? OR do we choose benchmark qualities to follow in enacting everything we do in life and work? Hmm. The concept of picking benchmarks, performance standards that form a continuum day-to-day is important. But some say quite correctly that goal-setting has a place in companies and in our lives. For example, most all compensation plans pay out on measurable goals achieved, not on worthy personal benchmarks held inwardly. And reaching visible goals is also important for teams to function properly. Perhaps the distinction is this: It’s NOT an either/or, binary dilemma at all! Team goals and corporate goals are fine, but we want to judge ourselves by performance benchmarks.

From observing him and hearing him speak, I suspect Shug McGaughey persevered each day following benchmark values in the here and now. Moving along his continuum of accomplishment and enjoyment, he became so good at his chosen profession that he was a “natural” for the Hall of Fame. But then by persevering, doing more of the same, not giving up, look what happened last weekend at Churchill Downs! In the 138th outing, Orb came through for this fine trainer, and it meant all the world to him. 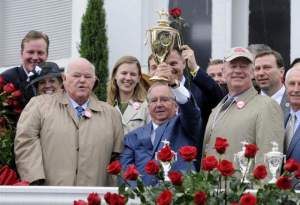