Lessons in Management from a Cobbler’s Son 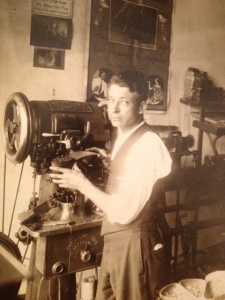 This is the first in a series of blogs I plan to write about leadership qualities I learned from my dad, Joseph Costa–and that he learned from his father. My father’s father, Santi was a cobbler who passed away when my dad was in high school, leaving my father to care for his mother, two brothers and four sisters. Joseph left high school and went to work, becoming a skilled pattern-maker of women’s dresses. Eventually he opened his own dress manufacturing company. Later he went on to head production at a well-known dress company and he also taught pattern-making at The Fashion Institute in New York City. Dad always worked on Saturday during the1940s and 1950s. Sometimes my mother would dress my brother and me in our good clothes to ride the train into the New York garment district to visit him at work–always an exciting day for us. Later I worked summers at dad’s business. Although I didn’t know it at the time, the experience of watching my dad work taught me more about leadership than any book ever has.

Lesson 1 – Never let an org. chart go to your head!

Fireman, Ballerina, Superhero, Doctor–most children know what they want to be when they grow up and I was no different. I wanted to be an elevator operator. The elevator operator working in my dad’s building had a job that couldn’t be beat! He always landed exactly at the level of the floor, he had a special maroon and gold-braid suit and he got to pull the magic lever. Most important, I saw that my father thought he was an important man. Whenever we got on the elevator, my dad would make a point of asking him about his son who was in college or his wife who had recently been ill. The truth is my father really did think the elevator operator was an important man. What I came to realize is that my father thought everyone who worked with him–or for him–was important.

He chose to have real, meaningful relationships with everyone in his life. Most important, the depth of his relationship with scores of people was translated by each recipient of his attention as, “Wow! I am someone who deserves respect because I am treated that way. It’s great to work here.” You could see it on the elevator operator’s face as it registered a calmly satisfied pleasure whenever he saw my dad.

The truth about most any business is that for most there is always someone “above” you on the organizational chart and often someone “below”. If you think of the org. chart as a pyramid, you see just how interconnected everyone is. It’s a question of who will be there to support you if your station on the pyramid should crumble. If you are treating your co-workers with friendly, sincere respect, the pyramid is less likely to crumble. We have all worked with the Eddie Haskels of the corporate world, people who only treat “important people” with respect and recognition. Usually, those calculating types are transparent and sadly that they miss the opportunity to build relationships with the people they work with. I’m not saying to invite everyone over for barbecue or help the guy in the next cubicle move his sofa come Saturday morning, but I am saying that no company has “unimportant people,” especially not in this economy. 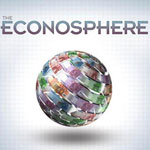 Everyone has a job to do: each job builds upon and relates to all the others to accomplish both the mission and the holistic goal of the company – whether that is to bring a product to market, to provide a service, or to cure a sick patient. The sad truth is that no matter what you do there may still be someone who acts like an ass—stubborn, prideful, self-involved–but at least it won’t be you. The lesson of treating everyone I work with as important is one I learned early on from my father—riding the elevator or interacting with employees no matter what their station within his company. I remember each day that everyone I work with wants to add value. If we set aside the image of the pyramid and think of a holographic sphere, 360 degrees in every direction, there is no one above me and no one below me within that sphere–everyone is contributing to that econosphere, trying to do the best they can. Consider the street sweeper Jimmy Buffett quotes in his song “It’s my Job”:

Remember, we all have a job to do, but the title of that job is simply an identifier—it’s not what makes the person important. What makes the person important is the fact that he or she senses that they are doing the very best they can, and that belief is aided, supported, and even increased by the respect that is rained upon them–whether they are the CEO, or the man who operates the elevator.

13 Responses to Lessons in Management from a Cobbler’s Son