In the New Year, Let Us Recalibrate How We Measure Failure and Success

Robert Lefkowitz, a physician and researcher at Duke University Medical Center, recently won a Nobel Prize in Chemistry for his work on drug receptors. In reading several articles about this remarkable man and his work, I found that a powerful idea emerged. The road to success–in most any endeavor–is paved with failures. Dr. Lefkowitz summarizes his first year in medical research by telling a reporter that nothing, absolutely nothing worked out. He counted his efforts as a total failure—this, the work product of a highly intelligent and capable person! Imagine how awful he must have felt.

In one article, Dr. Lefkowitz remarks that for a great majority of scientists .5 to 1 percent of their experiments work. “For an absolutely fabulous scientist [success] could be as high as 2 percent.” He came to realize that, “It’s almost all failure, and accepting that didn’t come easy to me.” The Nobel laureate, however, goes on to explain the mysterious incremental gift that failure gives: “…[T]he thing about failure is that each failure teaches you a little something, and you can build upon it.” Something to build upon sounds like a gift to me! Something to build upon is foundational—it’s much more than what one knew before! And that’s very good. In many cases, then, “failure” may be a misnomer built upon a misperception.

I have often thought about the subject of failure and how it is related to the discovery of self. If you think about it, few of us discover anything of significance in a vacuum. In any calling, there are an untold number of souls that may pursue the answer to some similar question worth knowing the answer to. But as with any great discovery, be it in science, exploration, the social sciences, the arts, technology–you pick the field, we find that any success identified with an individual is, in truth, the cumulative work products of unnamed collaborators, sometimes over decades or more. These collaborators, by their hard work, help cancel out or narrow the number of possible paths leading to the Nobel-lauded event—some new and shortly indispensable process, idea, or object.

So what we view as success is an incredibly complex beast to tame. A beast wild, hidden in the shadows, inscrutable, unmanageable, simple, elegant, and absolutely necessary to life. While Dr. Lefkowitz was the lone possessor of key insights, genuine flashes of brilliance making him most deserving of the high praise and recognition awarded him, can there be any doubt that he would also humbly acknowledge the work of those in his field who came before him? Other hunters of and tamers of the beast? Collaborators doing both the work deemed successful and the efforts judged as wanting? In fact, he goes even farther; he acknowledges the role of luck. “I like people,” he says, “who think they are lucky, because I believe luck is more a state of mind than anything else.” And that fortune-friendly, curiosity-rich state of mind produces good results.

In total, what I take from Dr. Lefkowitz’s life and work is this: Never credit the harsh winds of failure with the strength to extinguish the flame fueling your pursuit of a goal worth achieving. Stay calm and carry on. Even the harshest winds do blow themselves out, encouraging resolute men and women to come out of their brown studies or blue periods to try again. We need to learn the distinction between the realization that an idea, process, or object can’t work this way, and the conclusion that we have failed. Failure gains a foothold in our psyche only when our heart gives up all hope of success. Could there be a more desolate experience?

Is not Dr Lefkowitz telling us in his recounting of how he carried out his discovery that we should have mercy on ourselves at the end of every attempt? Analyze what went wrong, make notes, thank the parties involved, express gratitude for lessons learned and steps we do not have to take again, rest, then regroup and try a different tack—right away.

What better resolution to take into the year of 2013 that is about to unfold! A year that will be the scene of some endeavors that do not meet our expectations now but that pave the path to subsequent successes. Every honest attempt is foundational and puts us that much closer to “Eureka!” 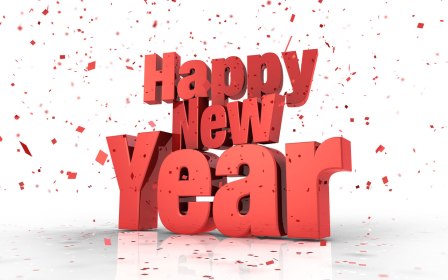 2 Responses to In the New Year, Let Us Recalibrate How We Measure Failure and Success