The Truth About the “God Particle” and Other “Genius Discoveries”

Last week, numerous press pieces heralded the near certainty that the elusive Higgs boson exists. Theoretical physicists confirmed that this discovery is one of the great moments in scientific history. Wow! A statement like that includes a lot of discoveries, including the discovery of fire, so this has to be a big deal! 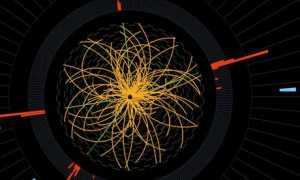 It surely is, and for that reason, among others, I am drawn to looking for what the discovery can mean to us all.  Please understand, however, that my passing a rudimentary physics course in college may have been a bigger surprise at the time than the discovery of this sub-atomic particle is today. So I will review for you what I read about it, then make some observations of what I see in it beyond the value of the empirical discovery itself.

In 1964 Peter Higgs postulated the existence of an invisible field that imbues certain objects with mass. A particle that holds everything together.  The press dubbed the Higgs boson the “God Particle.” The physicist Michio Kaku claims that there is some logic to this epithet for it, as finding this particle is a key to explaining what ignited the Big Bang–the creation of the universe! Dr. Kaku writes, “To put it another way, what was the match that set off the initial cosmic explosion? What put the ‘bang’ in the Big Bang? In quantum physics it was a Higgs-like particle that sparked the cosmic explosion.” So we’re talking about an elemental revelation of biblical proportions. 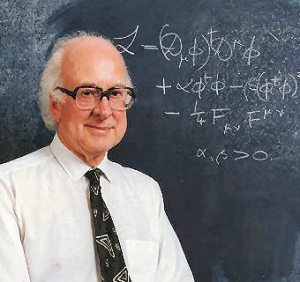 The discovery of the God particle means several things to me. Here is my take-away. Hundreds of physicists have spent almost five decades and over $10 billion hunting down this little fellow. Obviously, the journey entailed an extraordinary number of starts and stops. Obtaining the ultimate goal was not a certainty, either.  In one sense, the particle has earned its reputation by playing cat-and-mouse with physicists for almost 50 years!

The history of this remarkable discovery shows us first that the path to success in science is often uncharted, just as it is in reaching the goals we set for ourselves in our day-to-day lives or in the organizations we lead or work for.  Whether it’s finding a particle that exists for less than a trillionth of a second or coming up with a great marketing plan, both require a “team effort” to navigate the inevitably dark waters of far-distant seas.

Yes, indeed.  But a deeper truth—my second take-away–is that that a vital, necessary team is not only the team that surrounds us daily, focusing on the same project or problem we are focused on. We need to be ever aware that important discoveries of any sort are also built on what came before—those manifold failed attempts to reach the same objective touted in the press today. If we step back and take a wider, higher, and deeper view of the long history of attempted problem-solving and confirmation of any hypothesis, the path is clear: What some view as failed attempts are instead substantial victories because each failed experiment or “try” takes us farther down the road to an answer—one that truly WORKS to solve the problem.

Third, sometimes luck comes on the scene to oil the wheels of the great machine as it moves forward to knowing something new. Early in my career in the pharmaceutical industry, I met a scientist who had “discovered” the company’s most successful drug. He told me that early on, he had put the drug through countless screenings and could not find a utility for the compound. It was a drug looking for something to cure! He told me that he was in fact about to dump the compound down a drain, “but [he] decided to try one more screen”—and that was the one that worked, the try that showed how the pieces fit together perfectly. And so the ingredient of luck – the “secret source” – needs to be included, too!

The point is that it’s important to reach corporate or personal goals, but when we ask people to take on challenging projects, let’s not always judge the result in terms of their success or failure.  We need to judge the outcome also by what incremental knowledge has been gained in the process. Competing successfully, even at the highest levels, occurs in fits and starts.  The important thing is to assure the slope of our achievements is pointing to the north! 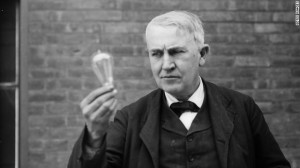 Biographers have written that it took Thomas Edison over 12 years to perfect the light bulb; he succeeded after over 1,000 failed attempts. Edison had a will steeled by adversity, and thus he had a capacity for perseverance.  Others among us may need a little more support than he did—driven as he was.  That emotional support we give our teams is as important as the recognition of one’s “historical and geographically diverse team”; the recognition that randomness and luck contribute a good bit to the mix; and the recognition that failure contains within itself a good amount of incremental success. So when an experiment or project comes up with a disappointing result, do not react with a knee-jerk “Rats!  Foiled again!”  Remind your present-day team of the value inherent in incremental success, even when we are attempting to uncover one of God’s own secrets.